AIM – Ability In Me Program

AIM is continuing to welcome new families to the program during the COVID-19 health crisis. Contact us to set up a virtual Meet and Greet with one of our Speech and Language Pathologists to discuss remote services available to your child.

Discover the Ability In Me.

The AIM Program helps individuals with Down Syndrome reach their potential. 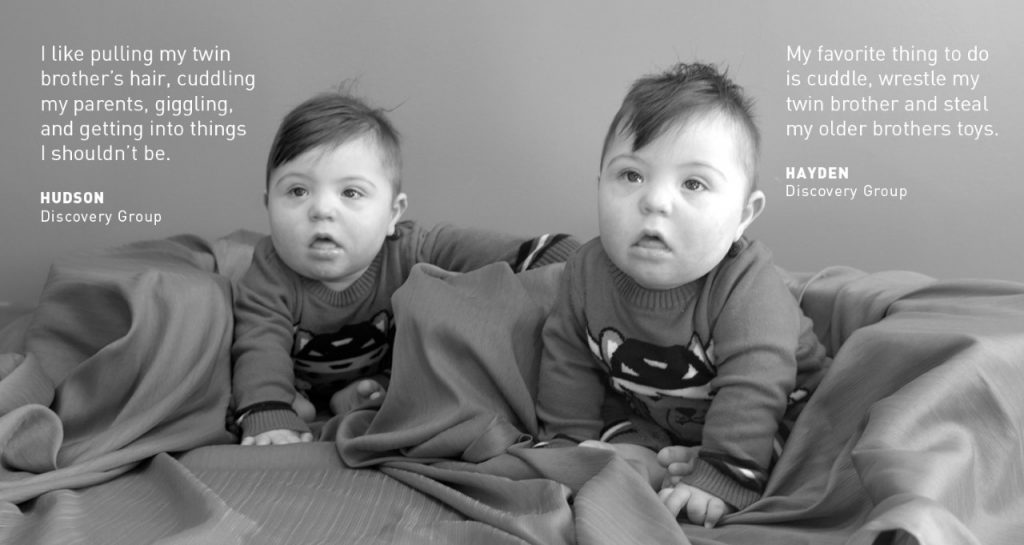 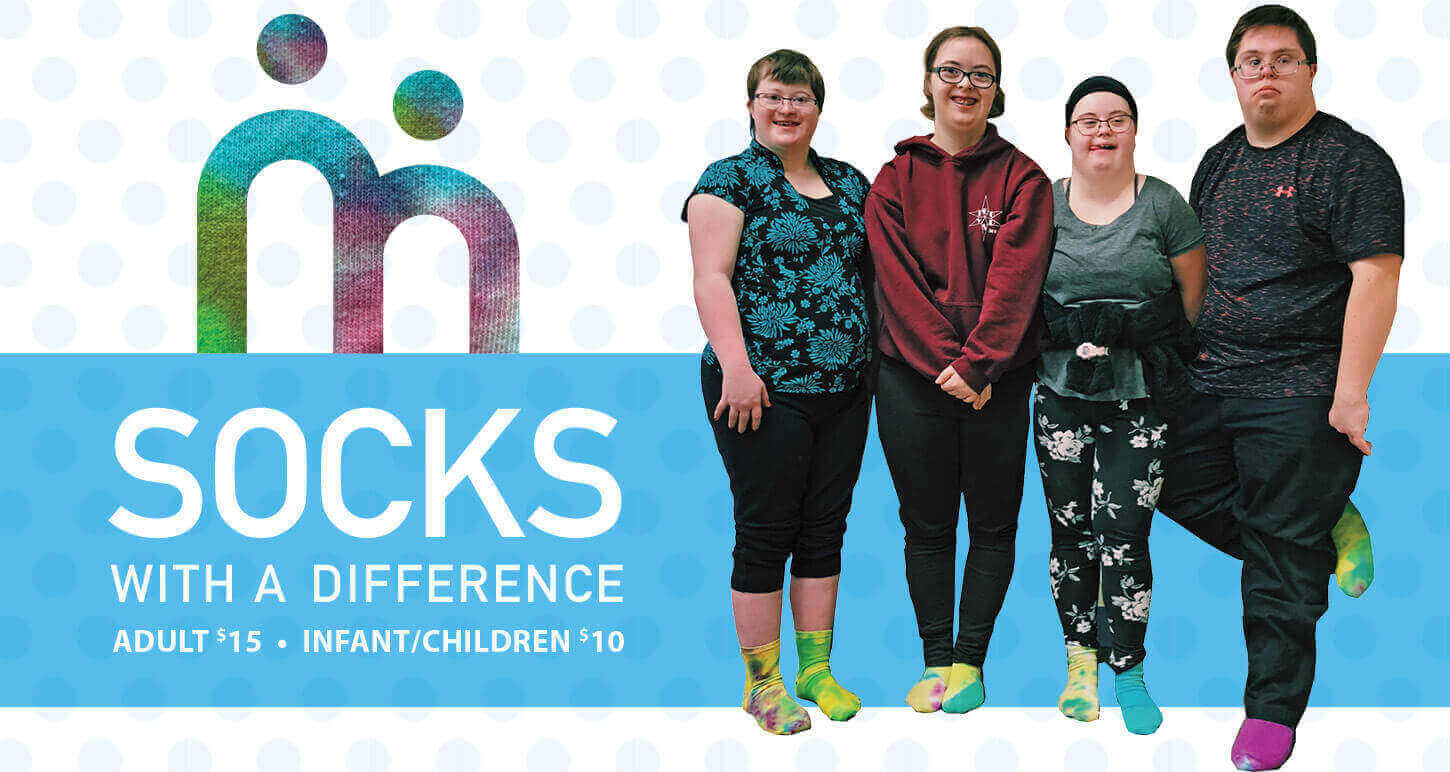 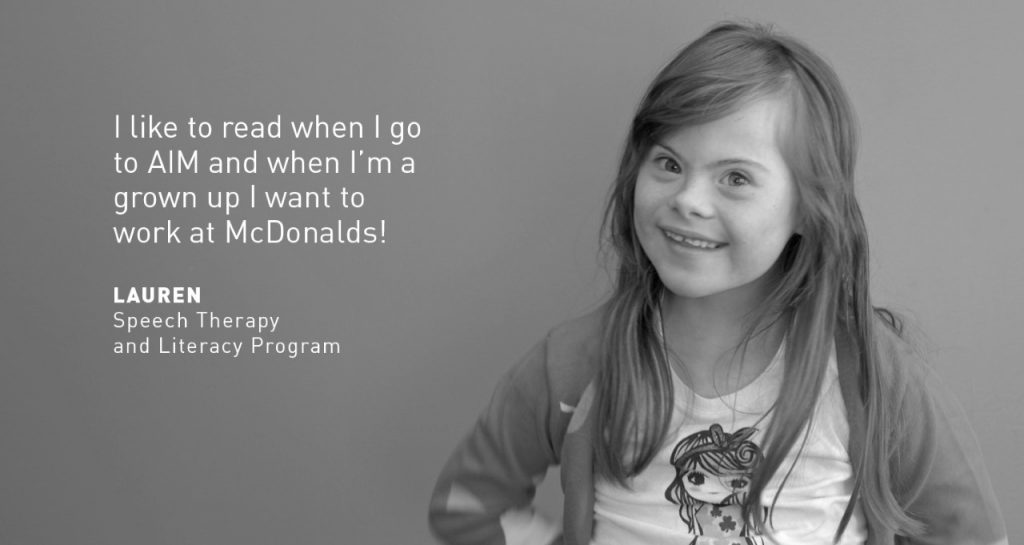 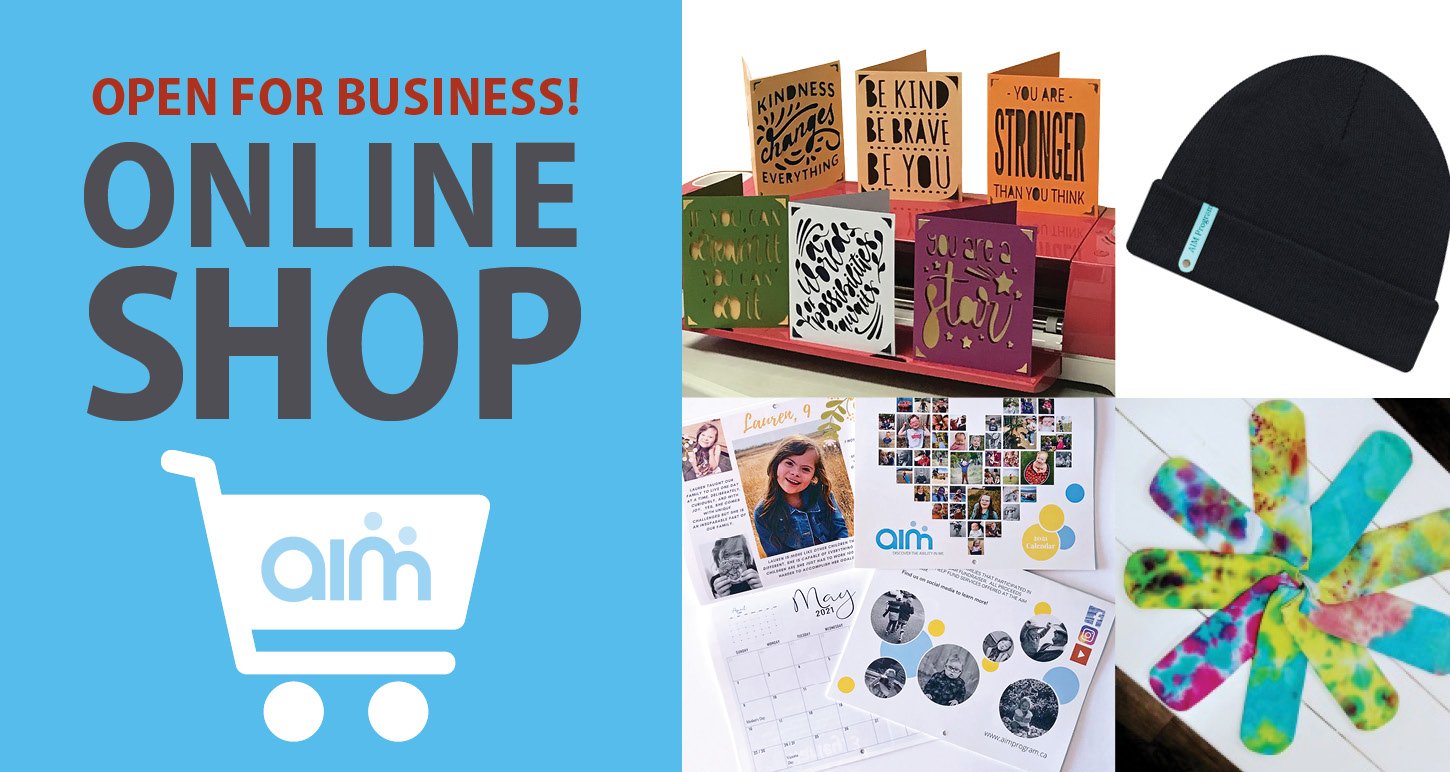 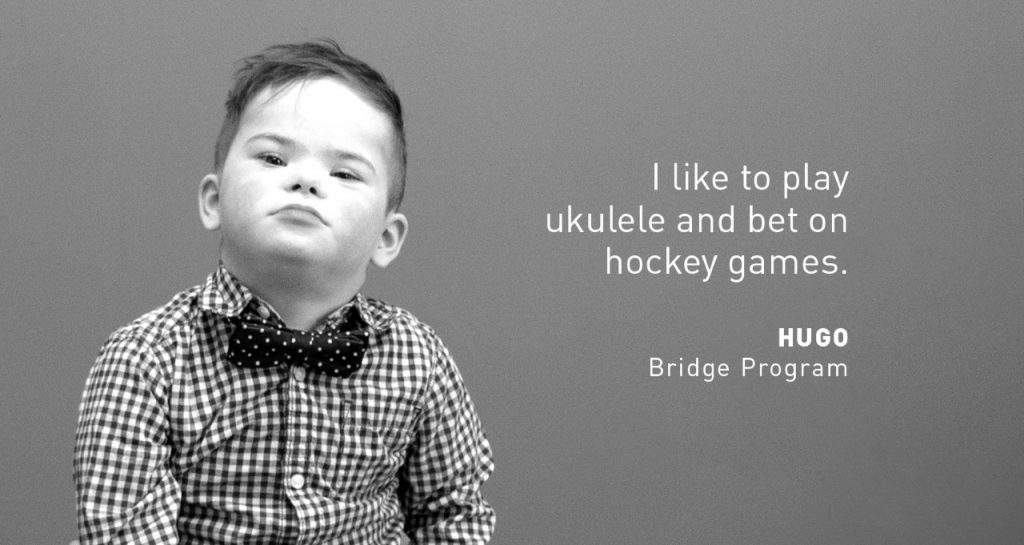 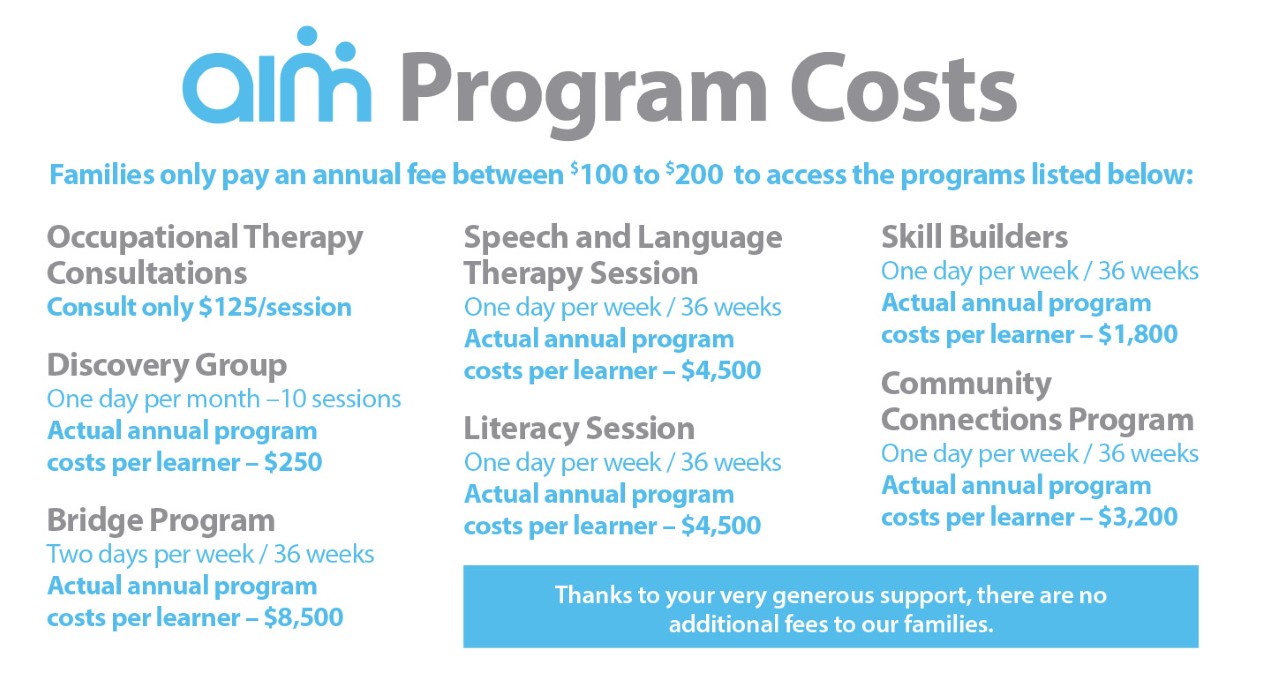 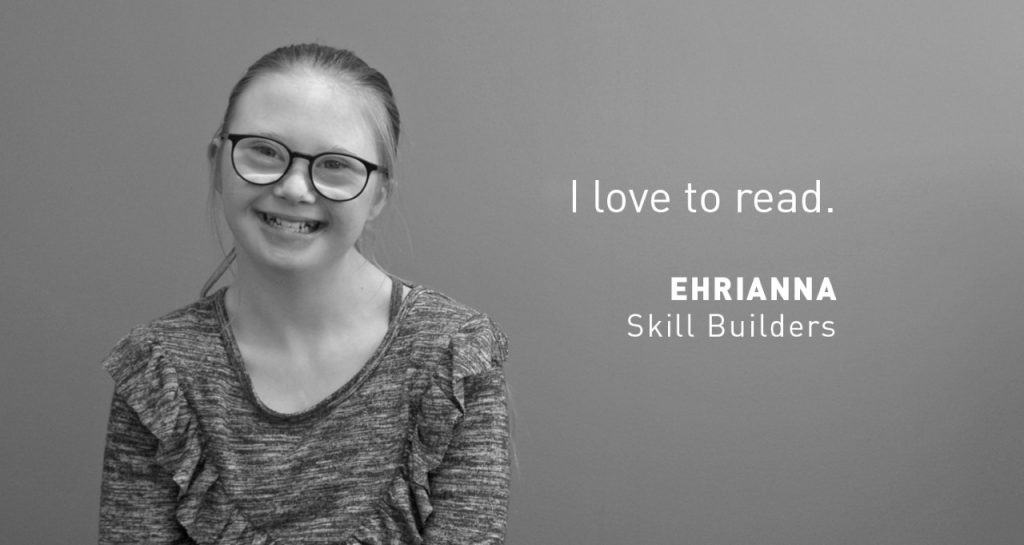 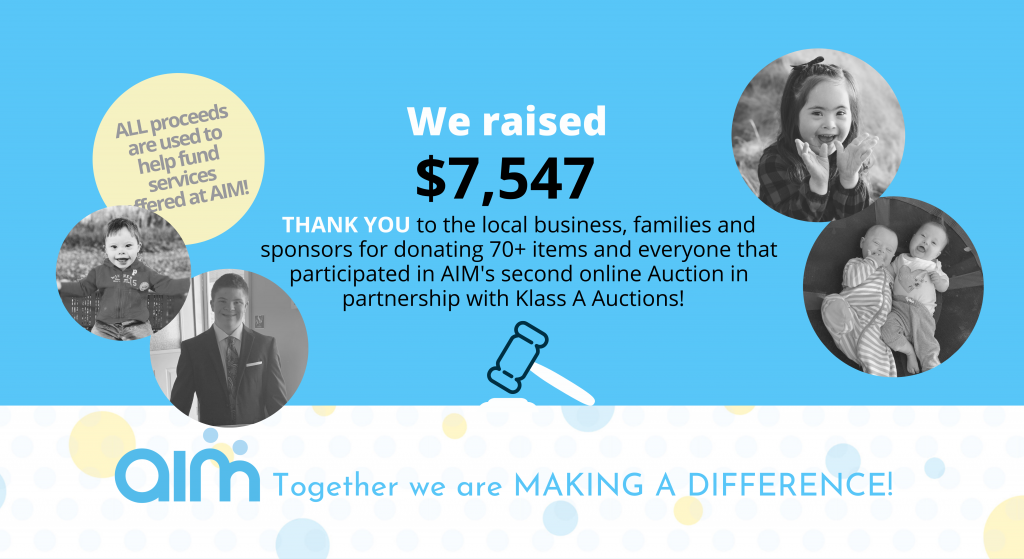 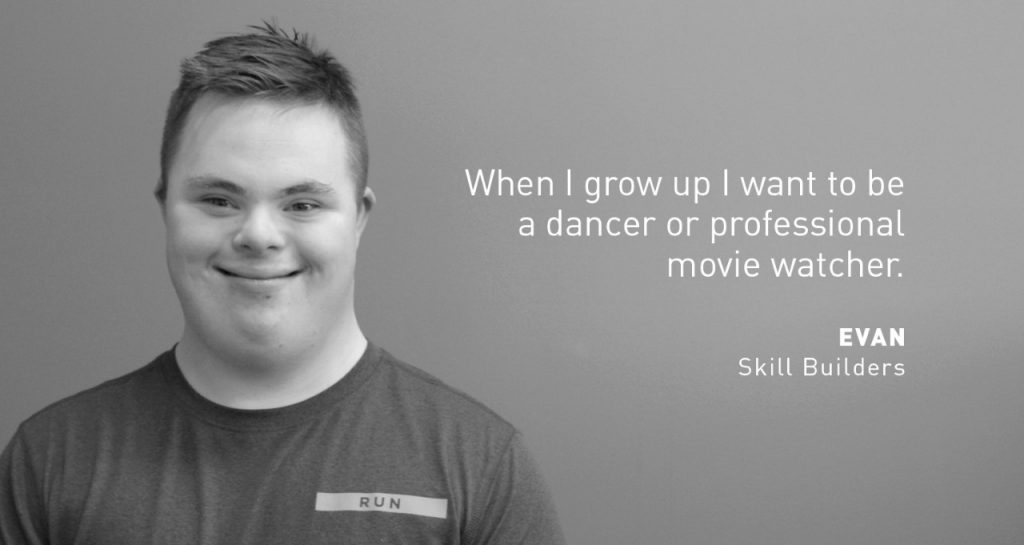 The AIM (Ability in Me) program is a provincial non-profit, charitable organization located in Saskatoon offering specialized therapy and innovative programs that support individuals between 0 and 22 years of age with Down syndrome and their families. Services include speech and language therapy, literacy programming, occupational therapy and music therapy. Staff work collaboratively with parents and caregivers, as well as health and education professionals. AIM puts emphasis on the successful inclusion in the home, school, and community settings. No referral required, contact us directly for more information.

We invite you to share in the joy of supporting the many children with Down syndrome who will benefit from all that The AIM Program will offer.

With your generous support, AIM can support children and youth from birth to 22 years of age with Down syndrome and their families in Saskatchewan, by offering specialized programming and professional support services. Click on Programs below to learn more.

Are you passionate about helping individuals with Down syndrome rise to their potential? Do you have a specific skill set that would complement AIM’s Mission and Vision? Consider volunteering at AIM!

AIM is able to provide these different programs because of financial support from the Saskatchewan government, along with grants, donations from different corporations, local businesses, families, and private individuals. In addition, to many hours of in-kind services. Our grand opening was on January 8th, 2015, to announce government funding of the program. This event was attended by then Premier Brad Wall, Minister of Education Don Morgan, Minister of Social Services Donna Harpauer, the Mayor of Saskatoon, with a number of MLAs, families, and other supporters in attendance. In 2016, we were able to secure a facility with more space in order to accommodate the growing amount of families and children participating in the program. An open house was held on March 21st, 2016, to show off the new building, as well as to celebrate World Down Syndrome Day. We were lucky enough to once again have the Premier Brad Wall in attendance to help celebrate this day with the children and families involved with the AIM program.

LEARN MORE ABOUT US